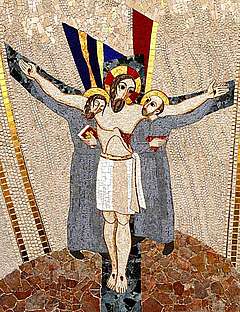 The first explorers placed themselves under the protection of the Virgin Mary. It was through the intercession of Our Lady in 1535, for instance, that Jacques Cartier's crew was cured of an outbreak of scurvy.

Canada is unique in the form of Marian mission it adopted: Ville Marie in Montreal (17th C.) was carried out by the laity, in the spirituality of the French School, which was inspired by the Incarnation and the union with Jesus living in the Blessed Virgin Mary.

Canada's largest Marian shrine is the Shrine of Our Lady of the Cape in Three Rivers, Quebec. This shrine was visited by Saint John Paul II who entrusted Canada to Our Lady of the Rosary.

Another shrine recalls the Holy House of Nazareth, in connection with the Shrine of Loreto in Italy...