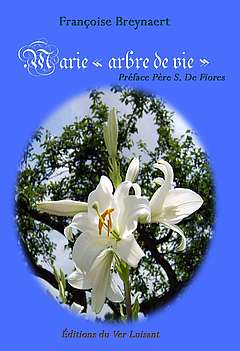 Mary's devotee does not seek visions:

Saint Louis Marie of Montfort proved that he was the spiritual heir of Saint John of the Cross when he said: "Moreover, strive to repress your feelings and the enjoyment of what you say and do: say and do everything with the pure faith that Mary had on earth, which she will communicate to you in time..."[1] or again: "I do not ask of you visions, nor revelations, nor tastes, nor pleasures, even of the spiritual kind."[2]

The explanation from Saint John of the Cross:

Indeed Saint John of the Cross asked them to stay away from visions that could go against holy simplicity and cause spiritual gluttony. To know and communicate with God in this way, and no longer through faith, decreases the faith.[3]

For example, when God said to Abraham: "I will give you this land" (Gn 15:7), it was in fact reserved for his descendants.

And in the book of Judges, when the tribes received from God the call to fight against the tribe of Benjamin to punish it, although more numerous, they lost two battles. This was because God had asked to fight but had not promised a victory. Therefore they were victorious only after the third attempt. [4]

God's revelation is now complete and definitive in Jesus Christ; our needs for consolations, light, and wisdom always find their answer in him.[5]

Love is more than a feeling, it is an act of the will

Saint John of the Cross detached himself from natural tastes and pleasures, even spiritual, for the will is able to unite to God, not through feelings and tastes but through love which is an act, an operation distinct from the sense of feeling.

Feelings are only motives to love God [6]

This is why the will must seek to be like the mouth that opens, "weaned from any meal, so that God may fill it himself with his love and delights."[7]

Read more about Saint John of the Cross