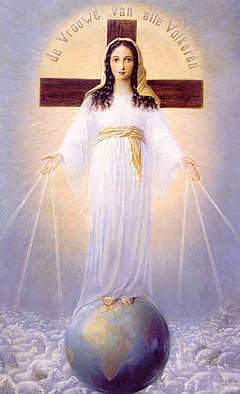 Amsterdam: The Lady of All Nations

The Roman Catholic Chapel of The Lady of All Nations is situated at Diepenbrockstraat 3, in Amsterdam South, near the RAI Convention Center. Groups of pilgrims from the Netherlands and abroad come daily to pray before the blessed image and attend Holy Mass.

The Chapel of the Lady of All Nations

The seer and the first apparitions

Ida Peerdeman, (1905-1996), was the youngest of 5 children, orphaned after her mother's death at the age of 8. Although her family wasn't too religious, she herself was discreetly a practicing Catholic. She wanted to become a school teacher but she was judged to be too weak intellectually. Ida was a simple and modest Dutch woman. She admitted to having received 56 apparitions of the Virgin in the apartment she shared with her sisters, including 2 inside Saint Thomas Church (May 31, 1955, and May 31, 1957), and 1 at the site where the church dedicated to The Lady of All Nations was to be built.

On March 25, 1945, Palm Sunday, Our Lady appeared to Ida in her home. Ida asked her, "Are you Mary?" The figure smiled and answered, "They will call me the Lady, the Mother." During this first apparition, a cross was placed before Ida. She picked it up very slowly as it was very heavy. By taking this heavy cross, Ida accepted her vocation as the bearer of the messages of Amsterdam. That day the Lady also spoke to her about spreading her prayer.

Many of the 56 messages (1945-1959) predicted the happening of events either openly or in a mysterious manner. Over the years many of the Amsterdam messages have been fulfilled practically word-for-word: dangers incurred by mankind, the struggle of Christians in the modern world, the unity of the Church, the coming of a new era. Precise and detailed prophecies announced the Cold War, the fall of the Soviet regime, the fighting around Jerusalem, bacteriological weapons, and changes in nature. Probably the strongest proof of the authenticity of the messages is the prediction of the day on which Pope Pius XII was called to eternity (Oct. 9, 1958). God alone, as the Lord over life and death, can know such a day (message of Feb. 19, 1958).

The Lady, Mary, Mother of All Nations

On February 11, 1951, she revealed: "I am the Lady, Mary, Mother of All Nations." Six years after the first message, Ida received the prayer and the mission to diffuse it. Our Lady asked Ida to repeat after her while standing before the Cross: "Lord Jesus Christ, Son of the Father, send now your Spirit over the earth. Let the Holy Spirit live in the hearts of all nations, that they may be preserved from degeneration, disaster and war. May the Lady of All Nations, the Blessed Virgin Mary, be our advocate. Amen."

The Lady asked Ida to memorize what she saw so that a faithful picture could be made. She said: "Look at my image and examine it closely." She then gestured as if wanting to say: "you can touch me." Ida was actually allowed to feel the contour of her figure, but to her it felt like something more spiritual than human. [...] For a moment she seemed like was a human being, but then at the same time she did not (March 4, 1951).

The request for a dogma

The Blessed Virgin asked that the Church proclaim a new dogma: Mother Coredemptrix, Mediatrix and Advocate (April 1, 1951). The following April 29, she added, "Once again I tell you: the Church, Rome, will carry through with it and fight for it. [...]. My intention and my instruction for you is none other than to urge the Church, the theologians, onward to engage in this fight."

On May 10, 1953, the apparition asked Ida to insist before the pope that this dogma be proclaimed quickly. On May 31, 1959, Ida saw the Virgin for the last time, in all her heavenly glory, then she saw the Lord in a dazzling light.

The investigation and the official recognition

After a new investigation, Bishop Henrik Bomers and Auxiliary Bishop Josef Marianus Punt of Haarlem signed an ecclesiastical letter in which they officially approved the public veneration the Lady of All Nations and her picture, on May 31, 1996:

"It is our judgment that there is no objection against the public veneration of the Blessed Virgin Mary under this title. In an age where races, peoples and cultures are more interdependent than ever before - perhaps nowhere more so than in Amsterdam - we have confidence in saying that it is exactly this title which throws a clear light on our Lady's Universal Motherhood and her unique role as 'woman' in God's plan of Salvation."

This recognition concerns the apparitions exclusively, i.e. the supernatural communications of Ida with the Blessed Virgin Mary, but does not guarantee the authenticity of all the messages.

In fact, the pressing request to define the dogma of Mary "Coredemptrix, Mediatrix and Advocate" is greatly disputed: the relevance of these three terms, their content, their meaning, and the definition of each of these terms is widely contested. 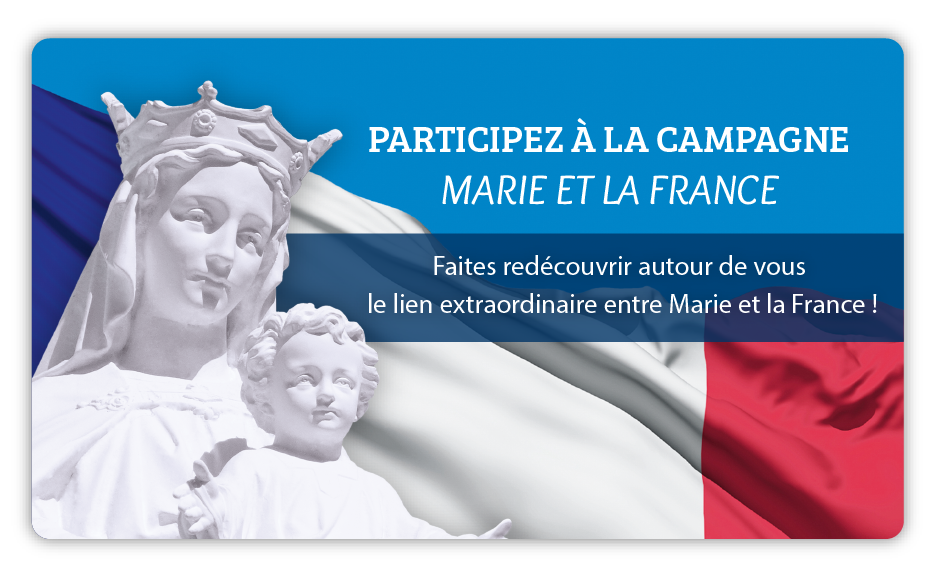